more than one hundred years of hospitality. 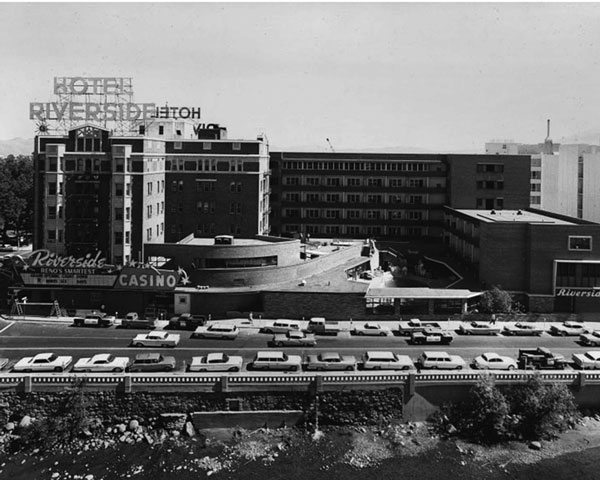 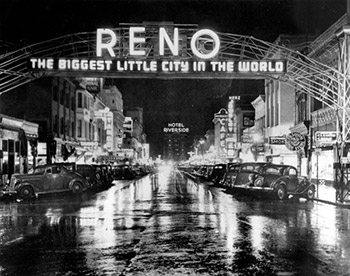 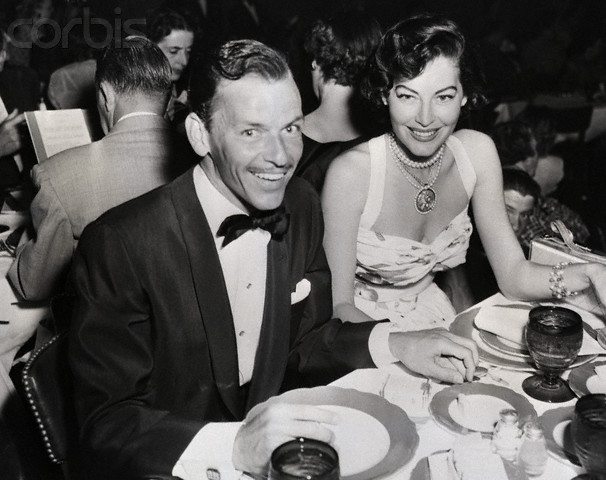 The Riverside Hotel has been a fixture of the Reno community and skyline for 130 years. The Lake House was the first structure on this spot along Virginia Street just south of the Truckee River. Myron C. Lake built the lodging and resting place in 1870. Lake had purchased the land and adjacent bridge crossing from Charles W. Fuller nine years earlier. The Lake House provided plenty of drink yet modest accommodations to the prospectors, settlers, and others who traveled through the valley.

In 1880, William Thompson purchased the Lake House and renamed it the Riverside. Thompson owned the property until 1896, when he sold it to Harry Gosse. Gosse had greater plans for the site, and by 1907 he had built a three-story, 110-room brick structure with an ornate turret and a wide veranda facing the river. The new Riverside Hotel featured some of the finest accommodations Reno had known up to that time. One Nevada State Journal reporter wrote: “It is today by far the most pretentious hotel in the State of Nevada, and compares favorably with anything west of the Rockies.”

Tragically, fire struck the hotel in the early morning hours of May 15, 1922. Despite the best efforts of local firefighters, the building was damaged beyond repair. Gosse declared shortly after the fire, “The old place is gone but it must be rebuilt.” He would not be the one doing the rebuilding, though, as he sold the property to the local banker George Wingfield in 1924. Wingfield commissioned the well-known local architect Frederick DeLongchamps, who designed a six-story brick building featuring elements such as Gothic Revival arched windows, traceried parapets, and terra cotta trim. Wingfield, who successfully lobbied in 1927 to have Nevada’s divorce residency period reduced from six months to three, rebuilt the hotel the same year in order to take advantage of the anticipated growth in the divorce trade. For the next three decades, the Riverside Hotel flourished under Wingfield and his various partners and lessees, who ran the day-to-day operations of the casino, buffet, and other restaurants and bars on the property. This includes Wingfield’s long-time business partner Nick Abelman, who leased and ran the Riverside’s gaming area and buffet starting in 1935. During this time, the hotel attracted such famous guests as Gloria Vanderbilt and Clare Boothe, both of whom had come to town for quick divorces. In 1949, Abelman sold his interest in the Riverside to businessman Mert Wertheimer. Because of Wertheimer’s efforts, major entertainers such as Ted Lewis and Frank Sinatra also frequented the venue, providing top quality shows to Reno’s visitors and residents.

During the Great Depression era, the Riverside Hotel was also featured in many popular books and films. The focus of much of this media attention was Reno’s and the Riverside’s role in the burgeoning divorce trade. The Riverside was seen as the social center of life among the divorcees—especially those from higher socioeconomic classes—waiting out Nevada’s now six-week residency requirement. Films such as The Road to Reno and The Women, and novels like Reno Fever and Cornelius Vanderbilt’s Reno, focus on the city as a divorce capital and often portray places such as the Riverside as havens for those in town separating from a spouse. Wingfield’s hotel, in particular, featured bars and restaurants where the newly single could mingle with others in similar situations, and possibly find companionship and reprieve from their heartache. Dorothy Carman succinctly sums up the Riverside’s role when she writes in Reno Fever, “All of the excitement whirled about the Hotel.”

In 1949, architect Frank Green—with assistance from DeLongchamps’s firm—designed an addition on the west side of the Riverside Hotel. This modern concrete wing featured additional casino, theater, restaurant, and hotel space, as well as Reno’s first hotel swimming pool. The $1 million addition expanded the hotel from Virginia to Sierra streets and added many changes that made the Riverside one of the most modern hotels in the western United States.

In 1955, George Wingfield sold the Riverside to a group of businessmen that included Ruby Mathis, Baldy West, and Mert Wertheimer and his brother Lou. This was the beginning of a slow decline for the hotel and casino, as the property went through many different owners over the next three decades. The casino was forced to close four times during the 1960s, as a result of crooked gambling practices, bankruptcy, a transition in ownership, and tax delinquency. On two separate occasions the property was controlled by the Central States, Southeast, Southwest Areas Pension Fund, led by the infamous labor leader Jimmy Hoffa. Prominent Renoite Jessie Beck—through her Jessie Beck Corporation—also owned the Riverside through most the 1970s.

To make matters worse, a murder mystery surrounded the Riverside at this time. Gerald Layne, the Riverside’s casino manager, went missing on January 6, 1961, while en route to a card game in Placerville, California. His car was found a few days later in the parking lot at Harrah’s Lake Tahoe. Police repeatedly questioned Las Vegas promoter Glen Lucas, one of Layne’s regular poker partners. Lucas, who was seen with the victim outside of Harrah’s, was Layne’s last known contact. The case went cold, though, and by the summer of 1961 Layne was presumed dead. No murderer was ever found.

The Riverside Hotel was listed on the National Register of Historic Places in 1986, cementing its status as a property significant to the historic development of Reno as well as to the history of American gaming and entertainment. Ironically, the Riverside’s casino operations ceased for the last time in December of that year, one month after owner Pick Hobson filed for bankruptcy. The hotel and restaurant closed almost one year later. In 1989, Canadian businessman Peter Ng purchased the property. Ng did nothing with the landmark casino and it stood empty for the next eight years, its future uncertain. By 1997, a downtown development plan called for the demolition of the Riverside Hotel and the nearby Mapes Hotel, both National Register properties. As historic preservationists fought with the City over the fate of the Mapes, plans for the demolition of the Riverside quietly proceeded. At the eleventh hour, members of Sierra Arts Foundation, a local nonprofit arts organization, engaged the interest of Artspace, a Minneapolis-based developer of artist live/work space in historic buildings. With the cooperation of the City of Reno, these organizations successfully developed a plan to save the Riverside. The city demolished the 1949 addition, while Artspace converted the original hotel rooms into thirty-five artist lofts featuring large, open floor plans, and developed the ground floor into retail space and offices for Sierra Arts.

Who we are now

Giving back one plate at a time

At Wild River Grille we understand the importance of supporting locally grown Nevada owned businesses, local non-profits, suppliers and organizations. By partnering with neighborhood businesses —and building a better connection between their organizations and the community. Our goal is to encourage other business owners and customers to also support the tremendous effort our ranches, teachers, artists, nurses and numerous other volunteers that dedicate every day to making Reno a better place to live and play.
Our Story